As she had on so many mornings, on Aug. 21, 1953, Bessie Smith, long-time maid to Juliet Staunton Clark, the wealthy owner of the Charleston Daily Mail, took the bus to Clark’s home in Charleston’s elite South Hills neighborhood. But this particular morning would be tragically different. Arriving at Clark’s home, she found her employer dead, her battered body stretched out in a pool of blood.

Now, Charlie Ryan and Mitch Evans have teamed up to write “Murder on Staunton Road,” an exhaustive account of the chaotic investigation into Clark’s murder. Ryan was a well-known TV newsman in Charleston before he left broadcasting to establish Charles Ryan Associates, an integrated marketing firm. A native of Clarksburg, Evans is a professional financial planner. Both men long have been fascinated by mysteries.

Ryan and Evans spent two years researching the Clark homicide. As they worked to unravel what happened, they made repeated requests to see the Charleston Police Departments official file on the slaying. Ultimately they were told the report was nowhere to be found. At one point they were offered a suggestion that it might have been lost in a flood — not likely since it was supposedly stored in a fourth-floor office.

The report’s mysterious disappearance can’t help but add to long-standing suspicions that there was some sort of official cover-up to protect the killer’s identity.

John Copenhaver, Charleston’s colorful and controversial mayor, took personal charge of the Clark investigation. The Charleston Gazette, long a critic of the flamboyant mayor, argued in a series of page-one editorials that he was bungling the case. Meanwhile, the Daily Mail stepped gingerly around the slaying of its owner.

In a foreword to the Ryan-Evans book, Charleston historian Brooks McCabe correctly describes it “a smooth blending of a classic murder mystery and the history of one of Charleston’s most prominent entrepreneurial families.”

In a chapter near the end of their book, Ryan and Evans chronicle the 1936 murder of Mrs. Juliette Buffington Enslow, who was found strangled and beaten in her Huntington home. She was a first cousin of Juliet Clark. The authors note that at the height of the Clark investigation, the Charleston Gazette published a lengthy account of the Enslow murder, titled “Strange Parallel of Two Cousins.” Like the murder of Juliet Staunton Clark, the slaying of Juliette Buffington Enslow was never solved.

“Murder on Staunton Road” is available on Amazon and the website www.murderonstaunton.com.

James E. Casto is the retired associate editor of The Herald-Dispatch and the author of a number of books on local and regional history. 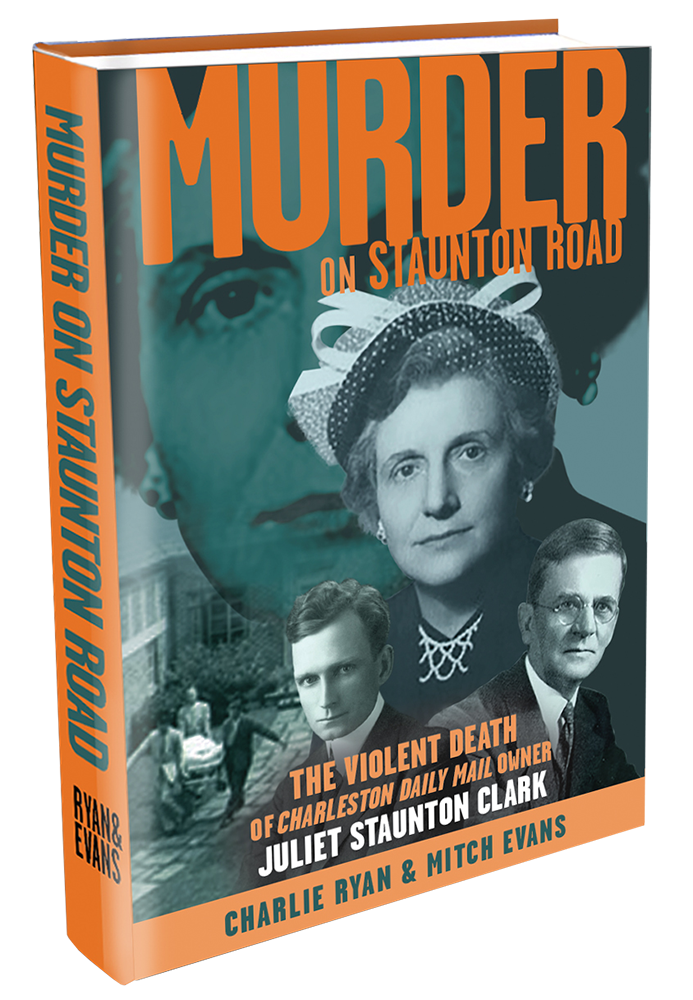